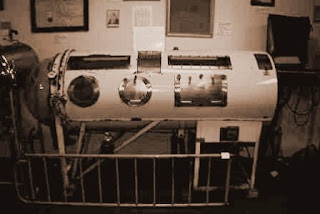 Well, it's been a fact for some time that PC gaming is slowing getting the shaft. If you don't believe me, take a trip to your local electronics store and see how much shelf space there is for PC games compared to the vast areas assigned to console games and systems. Gamestop, the Mecca for PC games when I was growing up, now has maybe one display shelf set aside for computer games in a corner, under a flickering halogen bulb. It depresses me to be honest.

So, who will save computer gaming as an industry? As a gamer, I know it won't be me. I find myself spending more time playing console games, another thing that depresses me. I'm sure that over half of the gamers who started out playing on a PC, now have a console system of some sort that they spend hours playing.

I truly believe that I can put my finger on the solution. I have identified the team of doctors that, if all goes right, could possibly revive this semi terminal patient.

This healing team, has the world's number one MMO, boasting over 11 million subscribers, which currently is only available for the computer. They also announced last year, the revival of two of their top selling computer game franchises, Diablo and StarCraft. These titles alone should be enough to breath some much needed life back into an already suffering industry. They have already started with their latest expansion, which topped the sales charts back in November when it was released.

Yes, that's right, the company gamers love to hate, Blizzard, is going to be the computer gaming industries Savior, at least for the next 2 years. But Oakstout, what about Valve and their Steam service, won't that help? Not really, especially since they release just about all their computer games on to console systems as do many other computer software companies. They have no loyalty to the computer gamer. They want to make money, and right now, console gaming is a huge industry. Blizzard isn't porting any of their games to consoles, yet. To my knowledge they are dedicated to games for computers. They want to supply addictive software to the computer bound individual, their loyal consumer. lol

People want less hassle in their life, especially when it comes to their relaxation and entertainment vices. Why would people want to upgrade a computer, spending possibly a few thousand dollars, just to play a new game, when they can just as easily purchase a console system for a few hundred dollars and never need to upgrade.

Let's face facts, computer gaming is dying. It's been on life support for some time because people are moving away from computers as their main source of gaming. Consoles, with their intergrated hard drives, voice and text chat ability and graphical processing power, have become the new thing in video gaming. Before, a console couldn't touch what a computer could do with pixels, now, you can't even tell the difference. The whole family can now be involved in gaming, not just the teenage son or daughter sitting behind a keyboard. Consoles are bringing familes together, which isn't something you would see in an ad for a computer.

Computer games will be our decades 8 track tape or beta max, when it's all said and done. In the mean time, Blizzard might be able to keep computer gaming on life support the question is, for how long?
Posted by Oakstout at 8:47 PM