How to Win at Pugs and Gearscore

This pretty much covers all my grips!
Posted by Oakstout at 12:50 AM 1 comment: 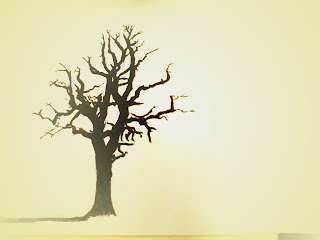 ...before Cataclysm drops, or is it?

Recently, a couple of my World of Warcraft friends decided to create a new guild. One that would work towards recruiting people, but not the top elite. We wanted players that were interested in progression, wanted to improve their status and wanted to do it in a semi casual friendly guild.

We were pretty successful in recruiting about 5 additional people to help with our 10 man raids. We had just started working out a schedule when a slight snag hit. In the midst of our recruiting process, we also wanted to test out prospective candidates. So on a few occasions we would form a pug raid, for say Onyxia or Vault, just to see how they preformed. Well, during a Onyxia 10 man, we had issues. Not with anyone in particular, I'm sure everyone has been there, some players just don't work well with others. So, after failing a few times, the raid started to disband and during that, some exchanges took place with our guild leader and someone from another guild. That person got very graphic in the exchange and well, he got reported. That seemed to take care of the issue, except the next day after the event, our guild name got changed.

It seems that "Hardcore Pwnography" is just too offensive as a guild name and got banned. I just don't get it. How do we get banned when every day I see some pretty graphic character names running around Dalaran? Not to mention the multiple number of rude names I've seen while using the LFG tool.

The real grip about the entire affair is that Blizzard won't even tell you, they just change the name to something non harmful, like Oakstout's guild, and then, even after opening a ticket, they won't let you change it to something non offensive. You don't even get the chance to make it right. So, in order to fix the issue, everyone had to leave the banned guild and form a new guild, all the while hoping that members would see the guild message of the day explaining why everyone left the old guild. Officers had to constantly try and catch players online in order to get them into the new guild. Which made our week of recruitment kind of a problem. But luckily we've managed to gather everyone up into the fold of our new guild.

Having gotten that little obstacle out of the way, we decided to get our new recruits and some raiding newbies together to try taking on some 10 man content. First task was to do the weekly raid, to kill Noth the Plaguebringer from Naxxramas. No problem there, even after picking up a non guildie hunter to finish out our 1o for the raid. We then moved on to try 10 man Trial of the Crusader, which went better than expected, since some members hadn't seen much of that content. We did wipe a few times, but we still managed to learn from the mistakes and eventually took down Anub. Several guildie's got some decent upgrades while a good many of us only needed badges and practice. We then successfully took down Onyxia in our premade 10 man and then slaughtered 2 bosses in VoA before we called it a night.

The guild goal is to do Ice Crown. A lofty goal, probably, but after our successful night out, not something out of our grasp. Next week, we are going to get our feet wet and see how we do against the first few bosses in ICC. Who knows, we may just come away with very nice prizes, which is my hope.

On a personal level, I did pretty good at my first attempt at raid healing. I need to not stand in the fire and learn where I need to run when I have certain debuffs like the poison from Acid Maw. I do have a lot of raid knowledge but only from a tank's point of view, which is very very different from a healers. But even though I didn't do great at healing, I do know that I can make adjustments and should perform much better on my next outing.

I don't plan to be back tanking anytime soon. Healing probably will be my preferred class for some time, even after Cataclysm is released. It is so challenging and that is what I want from my MMO these days. I'm not saying that tanking isn't hard, but once a fight is learned, it pretty much stays the same. The only factors that can change a fight for a tank are the DPS and if they behave, then its the same old same old. But with healing, its never the same. You don't know how much damage will be dealt out to the tank or dps. You never know when someone is going to have a bad night and get stuck in the fire or not know how to get a debuff off. It's is never a dull moment, which is just fine for me. I'm tired of easy mod.

As you can see, things are going very well. Things have picked up. Raiding prospects have somewhat improved and I'm having a great time with friends. I just hope Cataclysm doesn't screw all that up.
Posted by Oakstout at 11:43 AM 6 comments:

Cataclysm, the birth of Blizzard's next MMO. 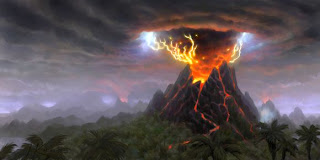 The question is, are players really ready for it?

Defense, weapon skill and MP5 go away. Attack power will be gone on most items. Spirit will only be found on healing gear and spell power to be limited to weapons only. Intellect will now provide spell power, which should have been the case since vanilla. This is just the tip of the changes with added value stats like armor penetration to still be decided at a later date. Gear obviously will be altered to fall in line with these stat changes or eliminations, certain gems will get color changes to suit a more appropriate scheme. And these aren't even the more drastic changes. There will be new class/race combinations, certain talent trees will get redefined and changed all the while moving Blizzard's game in a different direction.

In short, Blizzard isn't just changing WoW, they are recreating WoW. Making it more simplified for the stat crunchers? Maybe? Finally realizing that concepts at launch no longer work with their player base? Also possible. Or are they trying to continue the trend of recruiting the lowest common denominator of player to play their game? A fact that hasn't been lost on those using the recently developed Looking for Dungeon tool. Or is it just some evil plot to get people to keep playing overly simplified MMO, hoping that in the near future their boredom will force players to seek out something a bit more difficult and complicated. Something that has that Blizzard trademark and feel. Maybe Blizzard's yet to be named future MMO?

Whatever the case, Cataclysm will change WoW. Maybe into the MMO Blizzard had hoped for when they first sat down at the drawing table so many years and subscribers ago. Maybe into something no original player will ever recognize as their favorite first MMO. But change is what will come with Cataclysm, but down deep, I doubt it will be for the best.
Posted by Oakstout at 7:48 PM 3 comments:

I present, the American Rock Project!

Enjoy!
Posted by Oakstout at 11:56 AM No comments: