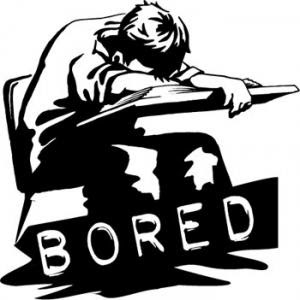 Months ago I an avid WoW player/blogger. Now I can't seem to muster the energy to log in to the game. Right now, Blizzard's game is suffering from apathy. I mean why log now when the whole world will change in Dec.? They've already gutted the talent tree. That change has caused a good many of my friends to leave the game. I can't truly comment on the effectiveness of the talent tree changes only to say that my damage output on my Shadow Priest has increased. But being able to melt faces effectively hasn't encouraged me to log in.
This happens every time Blizzard announces a new expansion. People start dropping out a few months before the release and pick the game back up several months after. At least that is my plan. Sure, I want to see what happens when the world gets turned upside down and the Worgen will be an interesting race to play, but I have no plans to jump on the lag wagon the minute the game is released. To be honest, they'll be making tweaks and adjustments the first few weeks to counter any attempts by players to exploit some odd coding. Oh, you know it will happen and there will be rage on the forums and then Blizzard will have to patch it.
Cataclysm might be released in Dec, but it probably won't be ready to fully play till the middle of Feb. So, I'll just wait. I may cancel my account till then to save a little bit of Christmas money or I may just let it ride in case the urge to encounter the giant lag monster stirs in me. But for the most part, I'm done with World of Warcraft for a while at least.
I would jump over to another MMO, but I've tried them all and if they had any hook I was truly interested in, I'd have been playing that instead of Wow. I do have hope that Star Wars The Old Republic will be the game to grab me in the future. But the more I examine that game the more it looks like a "solo" MMO rather than something to played with friends. I don't have an issue with that, but its always nice to run around doing stuff with a group, but if a majority of the game can be done solo, why would you group? Which was the issue with the superhero games. A good portion of those games can be done one on one. I like doing stuff on my own, but its aways nice to hang with a friend.
Other than my lack of interest in WoW, I have been playing a lot of console games, including the new Call of Duty: Black Ops. Not sure why I'm enjoying that game, probably the rpg elements where you level up, buy guns, attachments and perks. But to be honest that isn't much different than Modern Warfare 2, another CoD game. I do hear the campaign is very good, but I'm more of a online multiplayer gamer. I do get killed a lot, but its still fun to win one very now and then and to kill more people than you die. Which is rare, but still fun. The game isn't as good as the Battlefield games, but its still enjoyable for now.
That's about it. I'll try and be better about updating my blog.
Posted by Oakstout at 7:46 AM 3 comments: