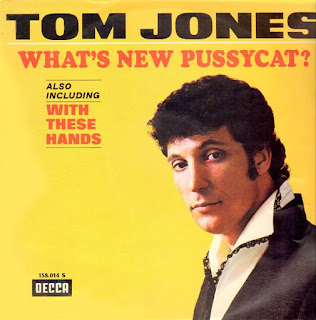 Is blogging still in?

I look around and notice that a lot of people are still going at it, but then some people, like myself, have let blogging go by the way side.  I'm not sure if thats because we become more too involved in the life around us and less about the life of the internet or because blogging isn't all that important in the over all scheme of things.

I used blogging as a way to promote my interest in games, to get my ideas out so they wouldn't be stuck in my head all the time, bouncing off the large round hard surface that is my skull causing me pain.  My ideas had to get out.  Blogging, at the time, was the only way to get them out there... so the masses could hear them.  Course, there was Facebook, but who wants their family and real life friends knowing what is going on in their mind?  Certainly not me and to be honest, I'm sure my family is glad that I didn't share my gaming and other hobby's with them of Facebook.

However, the internet changed.  The creation of Twitter, G+, Instagram, Snap chat and similar software made expressing ones self much easier and less complicated than posting on a blog.  It was even possible to stay anonymous while using these apps. A person didn't have to spew paragraph after paragraph to post on a blog which, in turn,  would have to be written and rewritten.  No, they could just express their ideas and perversions in 140 characters or just a simple picture of an alligator eating a kitten.  Things became way less complicated and extremely easy or as we use to say in my college days, dumbed down for mass consumption.

So, after using those short burst of idea apps a try,  I discovered  that you can't say what you want in 140 characters or a picture.  Hell even Twitter knows that since they have since lengthened the number of characters one could use to 280 which is double their original credo.  Course, that now makes Twitter less unique than it once was, but hey, no one really cares.  All they care about is who tweeted what and what kind of backlash that will cause and who is going to get into trouble next.  Sometimes, being able to say more for some people is a really bad idea.  Just ask our President.

That brings me back to blogging.  I find that I have some extra time on my hands these days and I figured that I would start writing again.  To be honest, tweeting is fun and interesting, but by the time I say it, someone else already has and then its really old news.  I tried using Discord as an outlet for chatting and exchanging ideas with people, but you have to be attentive or you'll miss any decent conversation and I'm too busy with life to be waiting for an interesting conversation that I care about to break out on a server.  No offense.  Blogging is the way to go.

Now, that I have decided to get back into blogging, I'm not just going to be talking about games.  I don't play a lot of games and the ones I do play, honestly are kind of boring.  I'm sure if I talked about the three or four games I am engaged with on a regular bases, people would become bored and start sniffing glue or huffing paint just to find it interesting.  With that in mind, I'm just going to blog about things that, well, are on my mind.  So that means anything and everything.  This will be a free for all.  One day I may chat about finding loot in season 14 of Diablo 3 or I might be talking about some photos I shot last week.  There may be a few posts about different things I am into like fishing or the strange crazy people I met at work.  It just depends.  There might be some political discussions and there might be discussions about legalizing pot or legalizing prostitution, who knows.  I might spend a day talking about this idiot commander we have or I might praise him for getting North Korea to disarm their nukes.

I will even open the floor up for ideas as well.  That is if I have anyone reading my blog.  It has been a while and to be honest, I'm not sure if anyone still reads anything longer than a few paragraphs.  I noticed the websites like Polygon only do short bursts on games now, as if they are trying to compete with Twitter.  So sad really.  Its just nuts how society and technology have changed the way humans socially interact with each other now.  We are a slave to our devices.  If it doesn't stream a entertainment services as part of the introductory offer, we won't buy the phone.  Honestly, I remember when we just wanted the thing to have a dial tone, now it has to stream Handmaidens Tale or Stranger Things.  And no, there is no link to either of those shows on this blog nor any link to anything less listed here.  I'm keeping this first blog link free.  Not sure if I will always do that, but you'll have to cut and paste any thoughts here and look it up yourself.  Be less lazy and work for information.

That about sums it up.  In the next few posts I'll discuss what I've been doing over the last 6 months.  Being unemployed is just one thing to come to mind and getting part time minimum wage job as another or I may just combine the two, who knows.  Its all cra cra up in here.

Posted by Oakstout at 7:17 PM No comments: