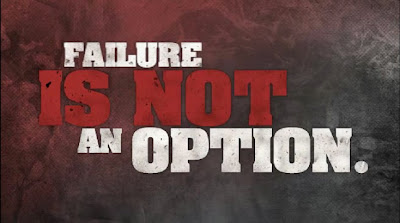 I finally broke down and pre ordered Guild Wars 2 on Monday morning.  The announcements went out yesterday that people would be slowly receiving their beta invites and as luck would have it this morning I received mine.  YEAH!  Course this weekend I'll be mostly visiting relatives with very limited time to try out the beta, but still I will be able to dip my toes in the water of Guild Wars 2 goodness.  At the very least I can see the starting areas and how my new gaming machine that I built in January of this year will handle the graphics.  I haven't really been looking at a lot of GW2 media.  I have checked out what others have said either in my feed or on Google+.  Players are pretty passionate about the game.  While playing the beta for Tera this past weekend a lot of the local area chat consisted of conversation, passionate ones, about how Tera would hold up once GW2 got released, because GW2 is awesome, its going to beat everything, it will be the best game out there.

There were a lot of pretty strong opinions concerning a game that really has only been seen by a few players and those who have gotten to play the demo did so at a  convention, which frankly is designed to run flawlessly and on the best gaming machines available. Course before the passionate descend on me let me also state that there are a lot of people who have been participating in the close beta who will have a valid opinion of the beta, not the actual released game, so that opinion is valid if only concerning parts of the game they have experienced that will continue to be part of the released game.

How do we know as players that GW2 will be the next in gaming revolution?  Will  the mounds of press media that has been descending upon us for months and is now threatening to cover us in an avalanche of information before the game is actually released give us what we need to know whether the game will be worth of our hard earned money?  I've seen videos, looked at blogs and still I'm not sure if GW2 will be the best MMO out there or just invalidated hype.

I hate hype and I hate people in the betas professing how much a game like GW2 will change the face of gaming or that it will be the most god awful game since Vanguard.  Either way, I am excited about my participation in this weekends beta so I can get my own opinion and therefore make sure I've made the right choice by pre ordering the game.

Hope to see you there.
Posted by Oakstout at 11:37 AM No comments:


Oakstout:  Wake up, I have something I need to say.


Blog:  Go say it over on Google+, you don't care about me anymore.


Oakstout:  I do care, that's why I'm here.  I know I've been neglecting you and its time I stopped.


Blog:  Likely story.  Google+ probably changed a feature or the way it looks so now you don't like it as much.  Don't pretend you care.  I'm not interested.


Oakstout:  You've always been on my mind even if I haven't been here to write posts and thrust my warped opinion out into the blogging world.  Look I'm sorry.  I know I've wronged you in the past but I'm here to make it up to you.  I promise to at least post once a week or maybe more if your interested.


Blog:  Well since I can't divorce you and I'm really a figment of your guilt and delusions.  I guess it would be ok.  However, I'm pretty sure you've lost tons of readers so if anyone was interested in what you were saying before I'm pretty sure they are off listening to someone else.


Well, I'm back.  Its been since last November since I posted anything and then it was just to say I wasn't dead or giving up on my blog and promising to post more often.  Today is the start of more often I guess.

Since last I posted I've been playing a ton of different games.  Right after my last post, SWTOR came out and I was very excited about that, however...I'm not that interested in it anymore for some reason.  The game seems more like a single player game than a multiplayer game, as stated by numerous reviews.  The voice over dialog is fun at first but eventually it just starts to annoy and eventually grates on you.  Can I just get to the meat of the quests?  What do I need to kill, tell me that and let me be on my way please so I'm not standing here.  Some planets are very small and intimate while others are so huge you keep asking yourself, why?  I think I started to lose interest when my Inquisitor first reached Tatooine.  The area is large, vast and brown.  Lots of boring desert.  It all looked the same.  Players kept saying, you have to just push past it and get to the next planet.  I was like, why do I need to push past? There are parts of WoW that I really didn't enjoy running through and the designers knew that would be an issue so they created more areas for people to level in.  If your 30 and don't like this area, move to the other level 30 area.  You can't do that in SWTOR.

So, I decided I would do something different.  I worked on leveling my Sith Marauder, but when I reached Tatooine it happened all over again, but this time I pushed past to Alderaan.  I grew more interested but real life interfered and it was some time before I could get back into the game.  By the time I did I discovered that again, I had lost interest.  I tried PvP, I tried running instances, but nothing seemed to keep me entertained and eventually I even lost interest in logging in.  I haven't cancelled my subscription yet, but it will probably happen soon.  The game is fun, but it has no serious draw for me.  The story lines are great, but that really isn't enough to keep me entertained.  Sorry Bioware, it was fun, but just not addictive like WoW.  Its almost like Blizzard puts something in the code that keeps you logging back in for the grind and lets not fool ourselves, everything about WoW is a grind, but its still a fun one.

After that I decided to jump back on the console and try out a few games.  Kingdom of Amalur kept my attention for a while as did Skyrim.  I also broke down and picked up Modern Warfare 3 and Battlefield 3.  I kept Modern Warfare 3 after discovering that I really did not like Battlefield 3.  No matter how I tried the game just had no appeal for me.  I was getting sniped and killed instantly in that game.  At least in MW3 I was able to survive longer that 3 seconds and get a few kills in to boot.  I'm still not sure what it was about BF3 that disagreed with me.  Maybe it was too real and people were too good at the game and me being a novice just didn't stand a chance.  Who knows.

I managed to also pick up SSX, Soul Calibur 4 and Mass Effect 3.  Yes, I was on a buying spree since the first of the year.  I even managed to pick up StarCraft 2 even though I had promised myself that I would wait till the price dropped down for outrageous to reasonable.  I will admit its one of the best purchases of the year so far.  I've gotten better at playing and managing my resources to the point where I'm not getting killed 5 minutes into most matches.  Now its around 20 minutes.  However,  I do have a pretty good teacher and he's pretty patient with my progress considering his online personal.

Not much else to report.  I have dabbled in a few betas.  Most recently Diablo 3 and Tera Online, which I will go into more detail tomorrow.


Oakstout: See that blog, I've already committed to a second post this week.

Blog:  I will believe it when I see it.


I will say that I did enjoy both games, but I'll have more of a review on them when I post next.  I do have a large number of pictures to share from Tera as well.

I will post this and probably spend a small portion of my time going back and re editing it as I find mistakes. Feel free to point them out since I'm not an English major nor an English minor.  I actually barely have a generic understanding of the language.  In person I just use hand gestures.