You Can Certainly Go Back 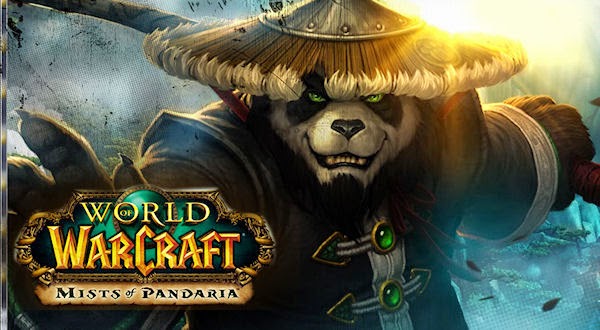 So, started playing World of Warcraft again.  Yes, I know I said repeatedly that I was done and I was not planing to EVER, EVER go back, but I spent so much time comparing the fun I had in WoW to the fun I was not having in other MMO games recently, especially Wildstar,  that I just had to take a go back and see why I left in the first place.

The game has certainly changed a good bit.  I stopped playing a few months after Cataclysm came out.  That was due mostly to people that I played with slowly losing interest in the game and moving on to other Touristy attractions  So I followed them from one game to another, hoping to settle on something.  I had found a nice home in Guild Wars 2, which I loved, but after a short time, I grew tired and moved on to other stuff.  I've probably tried 5 or 6 different games since leaving WoW and in all that time, I never thought about coming back.  But with another expansion on the horizon that will change the look of WoW models, I felt I need to give the game another shot.  I have discovered that I have not lost my love of the game.  I also managed to snag a few of my old friends, once hardcore WoW players like myself to come back and experience the journey one more time.

With every return, you discover new things and remember the not so good old things.  So, lets talk about some of the good stuff I discovered as I ventured back into WoW.  To start with, I decided to try a Panda Monk.  I had tried the Beta and wasn't all that impressed so, I was a bit surprised when I started one up and discovered how much I really enjoyed the new area.  It only took a few hours to level up to 10 and finish the starter story for the Pandarian race and it was.. well.. a ton of fun.  I don't usually do "Story" in WoW, but this was a really great way to introduce a new race with a new class.  I decided to be a member of the Alliance and even the quest to join up was lots of fun. I also discovered that they've redone a lot of the quests in the other starter areas.  Some of them a lot of fun and some of them still the same as they were years ago, which is great when one is wanting to be nostalgic about a game, like I am. Another surprising and awesome thing I found out upon my return was that mounts are now account bound instead of just per character.  No need to hunt down that elusive blue dragon drop with all your toons when you can just do on one toon and share the prize among all.  Also, they've simplified the spec and talent process.  Some of that is good, wanna be a tank, well, we will provide all the tank skills you need as you level up, no need cluttering up your bar with abilities you won't use.  Another thing they've added with the last expansion is Battle Pets and so far it has been the best reason to get back in the game, but I don't want to get into that with this small little post, that will be later.

Now, that I've listed a few of the good things, let me list a few of the things I don't miss about playing WoW.

Dueling.  Why does the interface not include a "Block Dueling challenge" button?  True, I can ignore them, but just because they are persistent in wanting to test their PvP skills against me, doesn't necessarily mean they are worth an all out ignore.  I can "Block" trades, incoming guild invites and other stuff, so why not block Dueling.  This is something that can be done with mods I'm sure, but why hasn't it been included in the game?  Also, when I set up preferences like blocking trades, guild invites and the ability to auto loot, why isn't it something that's account wide instead of per character?  I mean, if you want those checked on one toon, why wouldn't you want it checked on all toons?  Having to set up auto loot every time I create a new toon is annoying.  Also, people worrying about why your in a newbie zone doing quests.  I had one guy ask, "Are you a bit high for this zone?" to which I said, "Why are you worried about what I am doing."  Just to be clear, one of the reasons I was in that zone, was one, to get Rep with Stormwind and second, to work on my attacking with my monk.  It would seem that I'm so use to the button mashing of other games, that my WoW skills have gone dormant and I was getting tired of the game saying, skill not ready yet, so I was working on timing.  Still, why did he need to worry about what I was doing?  It isn't like I was ruining his questing, by being there.

Course, those are just a few ranting issues. For the most part I am relearning how to play WoW and very much enjoying it.  I've subbed up till Oct, but I'm probably going to continue will into the next expansion whenever that decides to drop.  I have a few friends who are hanging in there with me and we are trying to keep our toons about the same level so we can play as a small group.  I would love for more to join, but I understand that tourists have to be tourists and when a new shiny comes, they will want to see what it holds for them.  For me, I've been fighting the urge to drop back into WoW because, my argument has been that, I've done that.  Been there, time to move on.  But if your spending a lot of your time playing other MMO games, thinking of how you can turn that into your new WoW, then, like me, your doing it wrong.  You should come back to the game that you use as your measure for other games, because nothing is as good as the original..  At least, thats what I am hoping.
Posted by Oakstout at 10:38 AM 3 comments: