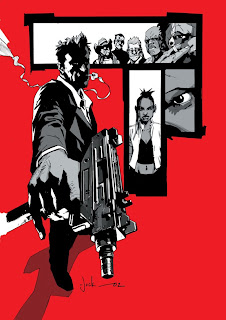 Well, I was faintly interested in the movie. I figured of all the stuff out there, that I could go see without my significant other, this movie would be just the thing. I figured it would have some decent action, descent actors and one very hot actress! It's actually based on a DC/Vertigo comic of the same name. I am or rather was a huge Vertigo comic fan back in the late 80's, early 90's but this particular comic never crossed my path. That being said, all I really knew about the movie was what I was seeing in trailers and various geek podcasts!

So, I had no expectations. I just hoped, I wasn't wasting my $7.00 matinee cash on something juvenile and or gawd awful!

Well, the movie was both funny and action packed. Parts of it seemed a bit silly, but it is based off of a comic book so I didn't hold that against them. The writing wasn't too bad, considering I laughed pretty loud at most of the jokes. The plot isn't too hard to follow and if you've ever seen any picture where a group go up against a major bad guy then you pretty much know the flow of this movie. There were some obstacles thrown in but not many red herrings. There was never a "WoW, I had no idea!" aspect to the movie, but for an afternoon flick that was a get away from work, lose all your troubles kind of movie, it was great. It was much more entertaining than that bloat that was Alice in Wonderland and I happen to be a fan of both Tim and Johnny's work.

However, this is a guy movie. Insert disclaimer here (that statement is kind of loaded because there were only 5 people in the theater, one of them happened to be a woman and she did laugh as loud if not louder than I did at times.) I whole heartedly enjoyed the movie and plan to buy it when it comes out on Blu-Ray in 3 or so months, if not sooner. I felt the same about Live Free or Die Hard, another silly, yet action packed movie that is nothing but a popcorn eating affair.

So two thumbs up!
Posted by Oakstout at 3:41 PM No comments: 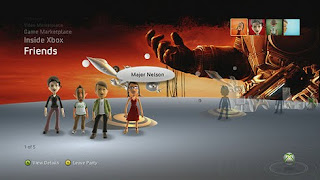 Tip for the Day!

When in an Xbox Live Party chat, the most important thing not to ask is:

"What are you wearing?"

Even if your looking at your friend's avatar when you ask. 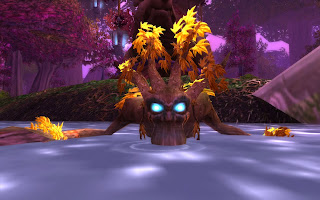 So, to continue my barrage of postings.

Recently I decided to give healing a try on my druid. I've only played a healer class once and that was in Everquest 2 about 2 years ago. My understanding is that druids are some of the best healers in the game. Also, I had heard that the learning curve for a restro druid wasn't that bad. I decided that I would give it the old college try once I reached the Northred dungeons since I'd leveled up two tanks in those instances and I had a pretty good idea of what it would take to heal through most of it.

I've only been doing it for three days, but my overall success has been positive. I do over heal because I tend to be more nervous about players dying and them kicking me from the group than from me getting agro or running out of mana. This will all change once I get more confident and acquire better gear or better well geared tanks in my group.

I want to talk about the current incarnation of WoW players and what I've discovered since I switched to healing. Now, these aren't really new observations, but since I'm a veteran tank, I never got the kind of flack that I tend to get when healing.

I have discovered a good many things that I will share with you.

First, WoW players are now divided into two distinct groups. Those that want to help you and those that will call you any name in the dirty word dictionary if you fail at your job. There really is no in-between now. Also, those in the second group tend to always be in a hurry. Pull, kill, go, pull, kill, go. "No rest for the wicked" must be their motto. A Northrend dungeon, if things go well, can be done in less than 30 minutes. what is 30 minutes out of you're life? There is no need to break records, especially when your only level 73 and the healer needs to get mana back.

And what happened to waiting for the healer to catch up before pulling or checking with the healer to make sure they are ready for the next pull? When did that become obsolete? I don't get that mentality. You know, to be very honest, it is by the will of the healer that you stay alive in a dungeon, not the tank. The sole purpose of the tank is to keep the healer from getting killed by controlling agro, that's it. He's not going to save the dps, that is the healer's job. If the healer gets pommeled by mobs, it won't be the warrior or hunter that keeps the group alive then. No one seems to be aware of what is happening anymore. Its always rush, rush, rush.

Now, that's a section of the WoW community. The other side will take their time and they will make sure your ready because you're success is their success. But this group is becoming very rare these days. And I have to say, the only one to blame for this issue is Blizzard. They are the reason that MMO's have become so watered down, loot-centric, and "me" oriented.

Blizzard has streamlined the whole process of acquiring an epic piece of gear. Back in the day, people had to spend weeks or months camping a specific rare spawning mob and then pray their epic item dropped when it was killed. Now all of that can be done in days. There is no need to work hard for your epic when you can do a few quick heroics a day and boom, you'll have enough badges to cash in for that coveted epic gear. It used to be a status symbol to run around in all purple gear, now its as common as a penny on the street.

There is no game anymore, its just a production line for obtaining epic gear. The need for players to do as many heroic runs has pretty much churned out a bunch of horrible players. They don't need people who are slow or know what they are doing. If you can't keep up, we'll just kick you and use that new LFD tool to get someone else in. They want the most efficient way to do a dungeon so they can get their badges and their shiny status symbols. Strangers used to be considerate and help others in the game, now its about me and my goal to get the easy gear. They have no time to even say hello when they join a group. They just want to do their daily random, so they can get that frost emblem, which gets them closer to that epic item.

Where did the game go? There is no game in WoW anymore, or at least I can't see it. This is what I've learned by leveling up my druid. People just don't have time for anyone anymore. They can't be even bothered to say hello or be patient enough for you to learn your new healing spec. If your not doing it right, then your in their way.

I just want it to be over. Can someone please invent a WoW killer?
Posted by Oakstout at 6:30 PM 6 comments: 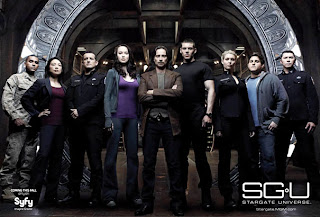 When I originally watched SGU last year, I wasn't very impressed. It seemed to be in between great, the original Stargate and horrible or as I call it, the Stargate Atlantis experience. This past Friday, I had the opportunity to view a large batch of SGU episodes on SyFy, marathon's tend to be like that. I have to say, the show is growing on me. At least to the point where I am willing to add it to my list of must record shows.

I am hopeful that the show's premise, stranded on an unstoppable space ship traveling around the universe, won't become stale or too silly, which can be the death of a lot of SyFy shows. I will say that the character development is starting to look promising, especially now that they have started killing off a good many "non essential to the over all plot of the show" characters, or as some could call them, fodder.

There is a lot of potential and I just hope SyFy doesn't blow it, like they did Atlantis.
Posted by Oakstout at 6:16 PM No comments:

Clash of the Titans 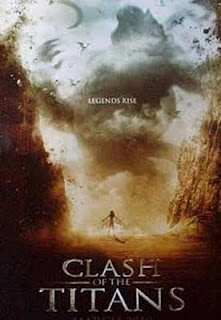 Saw it, loved it, recommending it.

Don't pay for the 3d version, but go see the 2d. Just don't go expecting it to be like the original. If you go in with an open mind, I think you will very much enjoy it.

Funny thing, my wife is the one that wanted to go see it and I'm glad she did.
Posted by Oakstout at 6:09 PM No comments: