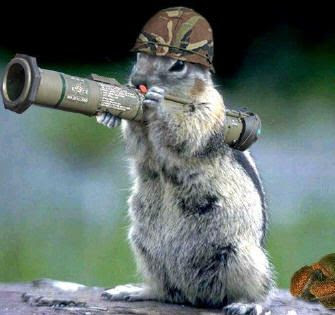 Original thought isn't why people come to my site.  So in keeping with that philosophy I'm going to do a Friday Play List.  I'll try and list what I've been playing so far this week with any updates to anything else game related that I feel the need to thrust upon you, the reader.

Spent a little time this week leveling up and getting through the Klingon episodes.  For a Free 2 Play game it has a crap ton of free content.  Sure if you want to get more space here and there or be able to use more than one character or ship, it will cost you a few dollars but for now its a lot of content for free.  The best part is the episodes and Duty Officers, stuff they added after I stopped subbing a year or so back.


Basically an episode is a group of missions that connect together, something like a season on the actual TV shows.  The Klingon episodes were especially fun because I got to do some interaction with areas from actual episodes of the Original Star Trek.  Got to take out the Doomsday Machine again, this time we didn't have to shove a star ship down its gullet.  Also got a chance, twice to go back in time, once by sling shooting around a sun and the other by traveling through the Guardian.  Course, if you've never seen the original show, you probably will have no idea what I'm talking about, but let me say, for those who are full of nostalgia it was fan-tastic.

After putting off playing with my PS3, I finally booted it back up and managed to finish the first Uncharted game.  It was gorgeous, lots of fun and even though some of the action was hard, it didn't put me off by dying a lot.  Not once did I find the need to throw the controller down and give up when enemies would just show up and start shooting and I'd die over and over.  The platforming puzzles were pretty easy and eventually I'll want to go back so I can get all the hidden treasures, I currently have 20 of 60 so there is a lot left to explore.  This is actually my third game that I have completed.  The first game was story line of Beatles Rock Band.  Yes, that game does have a story mode, such as it is and I finished it all the way to the credits.  Next I finished Gears of War and now Uncharted.

Immediately after finished the first Uncharted I put Uncharted 2 in and managed to get all the way to chapter 2 before calling it.  I don't want to overload on Uncharted.  I will say that 2 is even better looking than the original but the controls seem a bit off to me.  Might be a little too floaty as some would say.  Either way, I'll eventually finish it so I can get to Uncharted 3 which I hear is still even better, visually and story wise.

Picked this up on Steam around the first of the year.  It was on sale for a very low price which was strange since I didn't think the game had been out a year and it was already getting discounted.  I figured it was because the game wasn't that good, but I liked the first one enough and the price was right, so I figured I would put caution to the wind.

I'm not that far into the game, but its a lot of fun.  I very quickly decided based on the way the game story opens up that I wasn't going to spend a lot of time sneaking and knocking people out, I was going to be deadly force all the way.  No kid gloves.  I'm not talking about going in guns blazing the entire time, but when the opportunity presented itself, lethal vs non lethal, I was going to be a killer.  So far thats been working out pretty good.  I'm not that far into the game, maybe an hour or so, but I'm really looking forward to adding this to my finished game list.  I never finished the first one.  Part of that was because I wasted a lot of ammo and ended up in a bad spot that I just couldn't get out.  I didn't have enough saved games to go back and start the mission over so I pretty much just gave up.  This time around, I save my bullets and I save a lot.

The game looks great, plays really well with keyboard and mouse, something I've not done with a first person shooter in a very long time.  If its on sale, I would recommend it for sure.

If you follow me on Twitter or Google+ no doubt you've heard about my successful attempt at updating my PS3 with a new internal hard drive.  I won't really bore you with those details, but the main reason I decided to do it is because I became a PSN Plus member.  When you sign up for a years membership, there are a few free full length games that are available for download.  So I selected Infamous 2, quickly discovered I had no space on my hard drive and those began my adventure.  Once the adventure was complete, I actually got a chance to try out Infamous 2.

I do own the first one on disc.  I never finished it and I'm not even sure I got half way through it to be honest.  Either way, I decided to try out the sequel.  To start with it looks pretty great.  The cut scenes are on par with Uncharted as far as graphically pleasing.  Some of the use of story board images in cut scenes is pretty annoying but I can live with it.  It has a pretty steep learning curve.  Earlier I mentioned that I played Uncharted.  It had bee some time since I had played it before I actually jumped into the game, however, with Uncharted I didn't have any difficulty picking up the game right where I left off.  The control scheme worked, aiming was easy, there wasn't a large learning curve.  However, when I played Infamous 2, it wasn't very intuitive.  The game was more difficult than it really needed to be and it took me a while to get into the swing of things, at that was too long.  I was getting very frustrated.  The joy of most games is being able to jump right in and start playing without any real penalty for not knowing what to do, this game, not so much.  There isn't much of a tutorial, you have to learn it as you go.  The game also assumes you played the first one because it doesn't do a good job of explaining some of the powers you start off with like the first one did.  It just throws you in and hopes you can swim.

Like I said, it was frustrating.  Eventually after about 2 hours I managed to get the swing of things, but still if I can pick up Uncharted after a year and start playing it with no penalty and I pick this game up and its annoying for the first 2 hours then someone isn't designing a game right.  Not sure I will actually finish this game, but I'm into it enough to play it a bit more and of course it was free so I can't really complain.

I looked at Skylander in Target the other day.  I was looking at the video of the little creatures and how they use their attacks and how the game works.  I was just about hooked on picking it up when something inside me said wait.  Instead I picked up a 50.00 PSN card so I could get PSN Plus, which ended up costing me another 60.00 for a hard drive and I promised not to talk about that.  Well, I'm going to pick it up for my birthday in October.  I have heard there will be Giants in the game by then and that might be up my alley.  I am very much interested in trying that game out and possibly collecting the little creatures.  Not sure how my wife will feel about such a hobby, but maybe I can get her involved.

I'm also considering picking up a Vita by the end of the year.  I keep hearing good things about the system and since I've got a renewed interest in my PS3, being able to remote play might be a nice feature.  Also, I'm a fan of Hot Shots and would be very much interested in getting in a tournament with some of my friends over on Google+ who I know have Vitas.  Still the 3DS XL is due out by the end of the year and that does peak my interest a bit.  I'm not a huge fan of the 3D part but you can also play Skylanders on it, so if I'm already investing in that game I might want to invest a little more, who knows.

I also picked up Diablo 3, but I'm not currently playing it.  The game isn't doing it for me at the moment.  It might be that when I do play Nightmare level I never get any decent drops for the character I'm playing and all my gear is so under powered for that setting that I'm having to go outside the game to the auction house to purchase items so I can keep playing the game and not die every 2 minutes.  I would like it if the game actually dropped items, IN GAME, that I could use to upgrade what I'm wearing.  Having to go outside the game for the items I need so I can play on the Nightmare difficulty takes me out of the experience.  Sure I get Yellow drops but I don't get anything I can use.  I end up having to either vendor, disenchant or sell on the auction house.  I would rather the game provide me with upgrade able gear as I progress so as I move through the levels I am constantly getting new gear that will help me finish off the next boss or specialty creature.  I'm just not seeing a lot of that.  I also spend way to much time vendoring stuff.  Why can't your companion head to town and sell gear and why is the game so freaking hard that you actually HAVE to have a companion to finish a good portion of it.

Again, these are the reasons I've decided to put a hold on the game.  I finished normal with two of my characters, my wizard and barbarian.  I've completed the story line, another problem with the game by the way, but I won't spoil that little bit for those who are going to get the game but are waiting to mortgage their house. since it will never be on sale.. EVER.  Sorry, a little Blizzard dig their.

That is about it.  My, what a huge blog post. Who do I think I am Pumping Irony?